You are here:
Direct MailGDPR 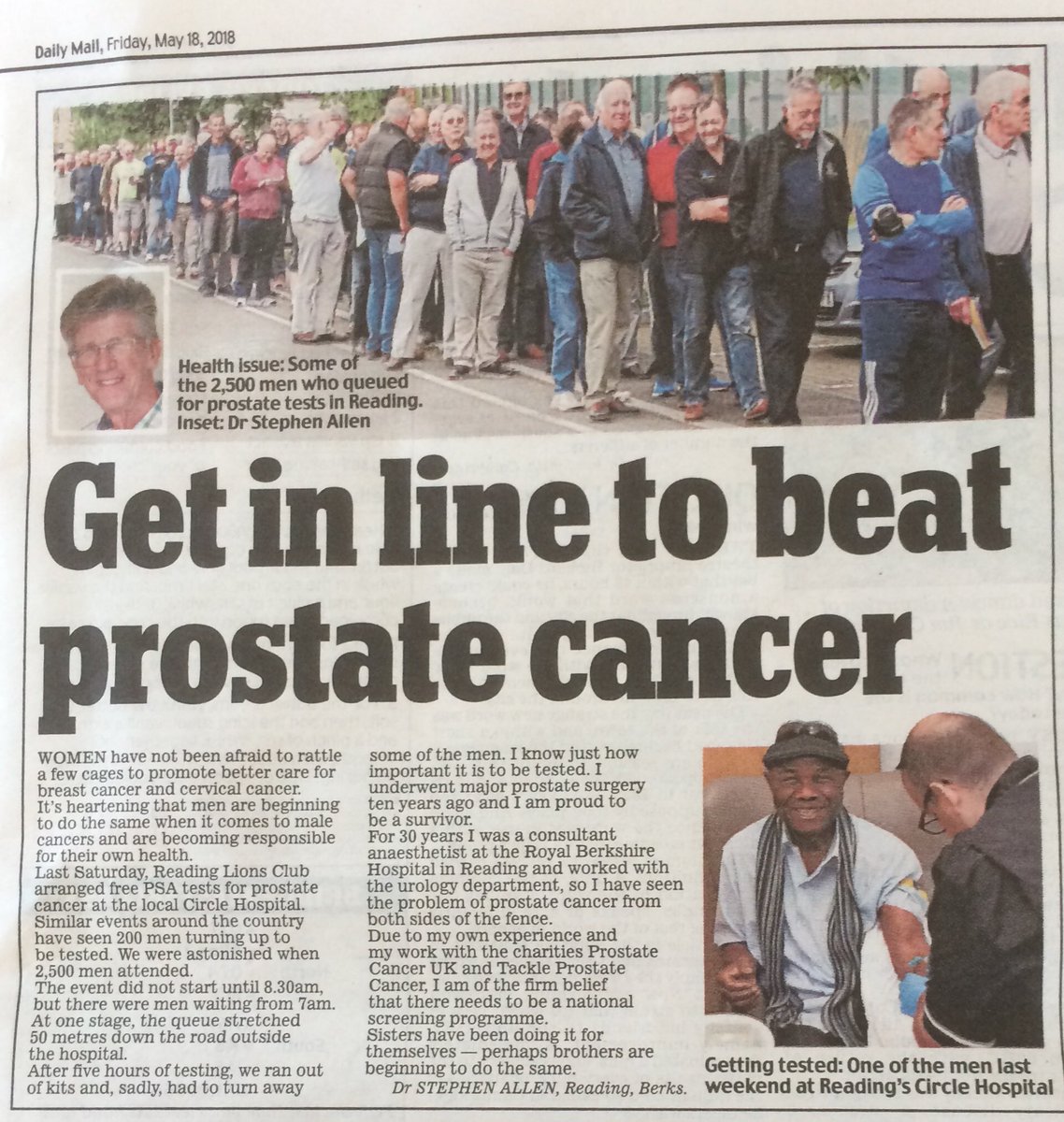 At Herald Chase, we’ve worked with a number of charities over the last 2 and a half decades, some local and some further afield. It’s something we enjoy and gives us a real sense of satisfaction. Not that regular or traditional mailing work doesn’t, we’re still as passionate about that as ever, but the charity work really puts a smile on our faces.

When we were approached by a local prostate cancer charity to help with the mailing element of their PSA testing event, we jumped at the chance to be involved. Not just because we love to help the local community wherever we can, but also because the cause was such a compelling one to be involved with.

Prostate cancer claims the life of one man every hour in the UK and there are 40,000 new cases diagnosed each year. Early detection and treatment can vastly increase survival rates and so when the Reading Lions Club organised a free PSA testing event at a local hospital for men over 45, we were more than happy to help out in any way we could.

Previous events had seen as many as 1500 men attending the event, and this year’s promised to attract even more. That amount of attendee’s brought it’s own challenges, particularly in terms of posting their results. The thought of merging, printing, enclosing and sealing potentially 2000+ letters led the Lion’s to consider outsourcing the requirement to a trusted source. We were delighted they contacted us and asked for our help.

With multiple data files containing the results of those tested and several letter types dependent on the outcome of those results, it was imperative the task was handled with the utmost attention to detail.

It’s safe to say the event was a resounding success, with it’s 2500 attendee’s making it the largest event of it’s kind hosted by an independent charity in the UK. There has to be a special mention to the Lions and their volunteer’s at this point, co-ordinating an event of that size and with such organisation and attention to detail simply has to be commended. The event ran so smoothly despite the huge turnout and the challenges that many people in one place can bring.

Once the men were tested and the last gulp of coffee and cake were digested, it was time to get to work. The speed at which the data was compiled and sorted was nothing short of incredible, meaning we at Herald Chase had plenty of time to print, enclose and despatch within a timely manner meaning people weren’t waiting too long for their results. It was particularly critical given that some of the men tested would require further assessment. Being used to very large mailing volumes, 2300 letters was a relatively simple task for us, even with the multiple letter versions and data files.

Having met with Dr Stephen Allen and event organiser John Mack in the early stages, it became clear very quickly we were dealing with two wonderful people, representative of a fantastic charity. Listening to the work they do and the challenges they face inspired us to want to help, and as such we were happy to provide our services free of charge. It was the least we could do for an organisation that gives so much back to the local community.

All in all, the experience for us here at Herald Chase was hugely positive and inspiring for all involved. We’re extremely grateful we were asked to be involved with such a fantastic cause.

You can read more about the Reading Lions club and the wonderful work they do here:

If you have a spare few minutes, please do take the time to have a look through their website and the content they publish, Prostate Cancer claims far too many lives in the UK and early detection can make a huge difference to so many people.

Thanks for taking the time to read this blog piece. If you need any further info or would like to talk to us about your requirements, feel free to contact us on our office number: 01189 474 888 or alternatively, email us at enquiries@heraldchase.com

The resurgence of the brochure
15th November 2021